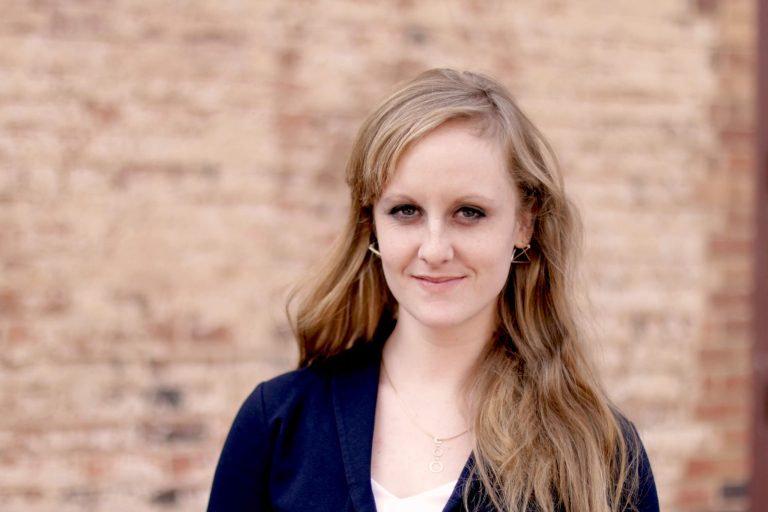 In the summer of 2019, Liz Shand submitted a proposal to the UNC Partnerships in Aging Program, which was collaborating with Galloway Ridge—a senior living community in Pittsboro, N.C.—to offer educational opportunities for its residents. Liz’s proposal: “The History of the Book.” It was to be a seven-week lecture series, one designed to replicate a classroom presentation about the book as a material object. The series would feature videos (about bookbinding, ink-printing, and the industrialization and digitization of books) and interactions with the material, including a visit with UNC’s Special Collections. Liz’s lecture series would take on the ancient book, the classical book, medieval manuscripts, the scientific revolution, nineteenth-century mass print, and the future of print, featuring such works as the Nuremberg Chronicle and the Gutenberg Bible. Liz’s proposal was accepted, with a plan to begin the series in March 2020.

And then the pandemic hit.

And it hit the aging community incredibly hard. As the nation came to grips with a staggering death toll due to the COVID-19 virus—with many dying at a disproportionate rate in long-term care and senior living communities—Liz was still dedicated to providing outreach opportunities to Galloway Ridge residents. Working closely with Galloway Ridge’s program director, Liz transitioned her lecture series to adapt to pandemic protocols. As such, her discussion of the history of the book would be broadcast into the television programming of Galloway Ridge. (Due to accessibility issues among some residents, Zoom was not an automatic option for the delivery of programming.) Liz’s series gave residents a much-needed outlet during a time of isolation, as many long-term care facilities prohibited visitations in an effort to help mitigate the spread of COVID-19.

“Galloway Ridge had an influx of programming,” Liz said. “The residents’ days were busy.”

Liz’s presentations became part of a greater goal, of providing continuing education opportunities to a community so often marginalized and excluded from social and cultural development. Though she was unable to directly interact with Galloway Ridge residents, delivering her material instead through a broadcast (non-interactive) format, Liz decided to replicate in her presentations a traditional classroom “feel.” She posed questions during her presentations, pausing to give residents enough time to “answer” those questions while they watched. Despite the inability to interact with the residents, Liz’s series was a hit.

“One of the happiest moments was when the program director [at Galloway Ridge] told me my content was being integrated into trivia night. One of the questions was ‘What is an illuminated manuscript?’ They were happy they could answer the question!”

Liz’s series for Galloway Ridge is a product of her current dissertation work, which itself builds upon discussions of papermaking and ink-making and is focused on the impact of nineteenth-century industrialization on approaches to the book. Her research is exploring questions of how the general public came to understand and interact with the book as an object of mass production in printing. As such, she’s keenly interested in understanding how what she calls the “individuality and materiality” of the book changed during the nineteenth century.

But Liz’s presentations to the Galloway Ridge community were more than an opportunity to workshop dissertation ideas. Much more importantly, it was a way of personally expressing her admiration and love of her grandparents—“How smart they were,” Liz reflected—by creating an educational opportunity for the aging population.

“It was personally important to me to reach out to that community,” Liz said. “It’s rewarding to work with them, because they want to connect and learn, and I want to learn from them. I was sad not to be able to interact with them due to the pandemic, because I wanted to get their thoughts on how they approached books, and especially how they saw media shift in the twentieth century.”

Though she was necessarily distanced from Galloway Ridge residents, Liz’s experience is obviously one she values. For her, it was a chance to teach for the pure passion of teaching. She also encourages others interested in working with the aging population to take any opportunity available to do so, especially those interested in teaching and connecting with diverse learners.

“There seems to be an age-based cutoff in education, and it shouldn’t be that way,” Liz said. Her advice for teaching within the aging population is to remember to connect with them as a peer. “You don’t have to simplify the content. Take them seriously and appreciate what they know.”

Mindy Buchanan-King is pursuing her Ph.D. in English Literature at UNC Chapel Hill. Mindy is originally from Virginia and received her B.A. from Emory & Henry College and her M.A. from the College of Charleston. Her master’s thesis focused on Edith Wharton’s use of Romanticism in conceptualizing the artistic self in Hudson River Bracketed. Her graduate research is currently focused on questions of photography in late 19th-/early 20th-century U.S. literature, artistic conceptualizations of “disfigurement,” and representations and interpretations of the body in wartime medical photography and illustrations.