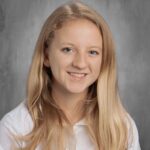 In week three of the National Football League’s regular season, Tua Tagovailoa, the starting quarterback for the Miami Dolphins, took two hard hits to the head, leaving him with serious head, neck, and back injuries. Tagovailoa sustained his first injury during a Sunday night match against the Buffalo Bills when a tackle caused his head to strike the turf. Following the tackle, Tagovailoa attempted to return to the field for the next play, but instead landed in the Dolphins’ training room after he was seen stumbling across the field. Despite concerns that Tagovailoa may have sustained a concussion, the Dolphins’ sports medicine team allowed him to return to the field, claiming that back and ankle injuries were the cause of his sudden lack of coordination, rather than the possibilities of a concussion.

Later that week, the Dolphins announced that Tagovailoa would return as starting quarterback for the team’s Thursday night game, but his time on the field was cut short yet again by another substantial hit to the head. However, this time, Tagovailoa’s physical response to the blow unveiled the seriousness of his condition. He was found lying on the turf in the “fencing response,” which is one of the body’s natural reactions to a severe neurological injury.[1] Therefore, instead of returning to the game, he was sent to the hospital, where he would be thoroughly examined for symptoms of a serious head injury.

Tagovailoa’s injury sparked an uproar of anger and concern directed towards the NFL organization. Players and fans demanding that the organization work to improve their concussion protocol also fought to hold the Dolphins’ sports medicine staff responsible for Tagovoila’s Thursday night injury. The NFL agreed to begin making the necessary changes to their protocol, and the Dolphins organization announced later that week that the Miami Dolphins had fired the neurotrauma specialist who had cleared Tagovailoa the night of the Bills game.[1]

History of Concussion in the NFL

Concussion injuries have provoked much controversy within NFL communities ever since the organization established their first committee devoted to mild-traumatic brain injury research in the mid-1900s.[2] In 2015, such conversations became even more prevalent due to Dr. Bennet Omalu’s research on Chronic Traumatic Encephalopathy (CTE), a neurodegenerative disorder caused by multiple sustained mild-traumatic brain injuries. Through his research, he revealed the repercussions of head injuries endured by various former NFL players and brought attention to the serious consequences of disregarded head injuries. Not to mention, this research gained prominence in the public sphere following the release of the movie Concussion, a film devoted to the discovery of CTE in a number of deceased former NFL players, including Aaron Hernandez. Dr. Omalu’s research, as well as research at Boston University’s CTE center, greatly influenced a national shift in conversations surrounding concussions and particularly in cases of sports-related head injuries. The discovery of CTE also sparked a slew of new research in the field, resulting in altered concussion protocols in the NFL and other sports organizations.

Despite this research and the increase in concussion awareness, the NFL still struggles to keep its athletes safe, which is made clear through Tua Tagovoila’s case. This makes us wonder why, all of these years later, is the concussion protocol still not protecting athletes? Why did the Dolphins’ management and medical staff authorize Tagovailoa’s return to play following signs of a head injury? The answers to these questions are multi-faceted and culturally complex; however, there is one major factor rarely considered in such a debate: the amount of agency the concussed athlete possesses. Such questions may never be answered; however, it is important to understand what may be at stake for athletes–especially a professional athlete like Tagovailoa–when being evaluated for concussion.

The Role of the Athlete in Concussion Diagnosis

Most athletes playing contact sports at competitive levels have experienced a concussion evaluation at some point in their careers. At the beginning of each season, it is customary for athletes to undergo a baseline concussion test, which serves as a measurement of the athlete’s typical motor skills and cognitive functioning. Then, if an incident involving impact to the head is to occur, athletes are evaluated using the same test. Comparing these results, the franchise’s medical staff determines the severity of the player’s condition– if they may be suffering from a concussion (or other traumatic brain injury), or are cleared to resume their previous position. But the issue with these baseline tests is that they can be easily cheated. A number of retired NFL players have acknowledged this pitfall, claiming that players regularly underperform on their baseline concussion evaluations in order to decrease the likelihood of a concussion diagnosis later in the season.[3]

This strategy is not only common in the NFL, but also at the collegiate level.[4] “Sand-bagging” the test, or purposefully manipulating the exam, results in an expedited timeline for players who hope to speedily return to play despite their head injuries.[1] It is not particularly shocking that dedicated athletes cheat the concussion evaluation to ensure their time on the field, but for NFL players (and especially a starting quarterback) the risks of remaining in a game are high.

Athletes are put under an immense amount of pressure to stay (or appear) healthy and uninjured. Injuries that result in a missed game could jeopardize a player’s career, team, or organization, as they all rely on performance and winning outcomes. Therefore, they often decide to risk their health rather than miss a game. Dr. Omalu even speaks on the influence of such pressures in his response to Tagovailoa’s injury, pleading for the quarterback to hang his “helmet and gallantly [walk] away”.[5] “Sometimes money is not more valuable than a human life,” he says, “$20 billion is not worth more than your brain”.[5] This should be recognized and taken seriously not only by athletes, but by fans, managers, teammates, and medical staff, as we collectively influence athletes’ decisions regarding their health. Pressures placed on professional athletes limit their agency when making decisions regarding their own health, and this very well could have affected Tagovailoa’s outcome.

However, it would be unfair to blame solely the athlete for such a complex phenomenon. At the end of the day, the franchises and their medical specialists are responsible for ensuring their players’ safety. If anything, the athlete’s role in manipulating the outcomes of tests such as the concussion test only highlights a systemic issue involving coaches, parents, fans, teammates, and team medical staff. Moreover, such instances point to an alarming issue regarding the influence of ulterior motivations that may be outweighing the health and well-being of athletes. For this reason, cases such as Tagovailoa’s must be recognized as an example of the widespread negligence affecting athletes at all levels of play.

Katy Waddell is pursuing a major in both English and Psychology and a minor in Journalism at UNC. Prior to attending UNC, Katy worked on a research project testing the feasibility of utilizing virtual reality technology to create a concussion rehabilitation tool. Her research project furthered her interest in the intersection between medicine and the humanities, specifically relating to altering the public narrative surrounding concussions and traumatic brain injuries. She hopes to continue to explore her interests in the health humanities through projects in the lab.