The Project of Theory Post-Dobbs Lecture 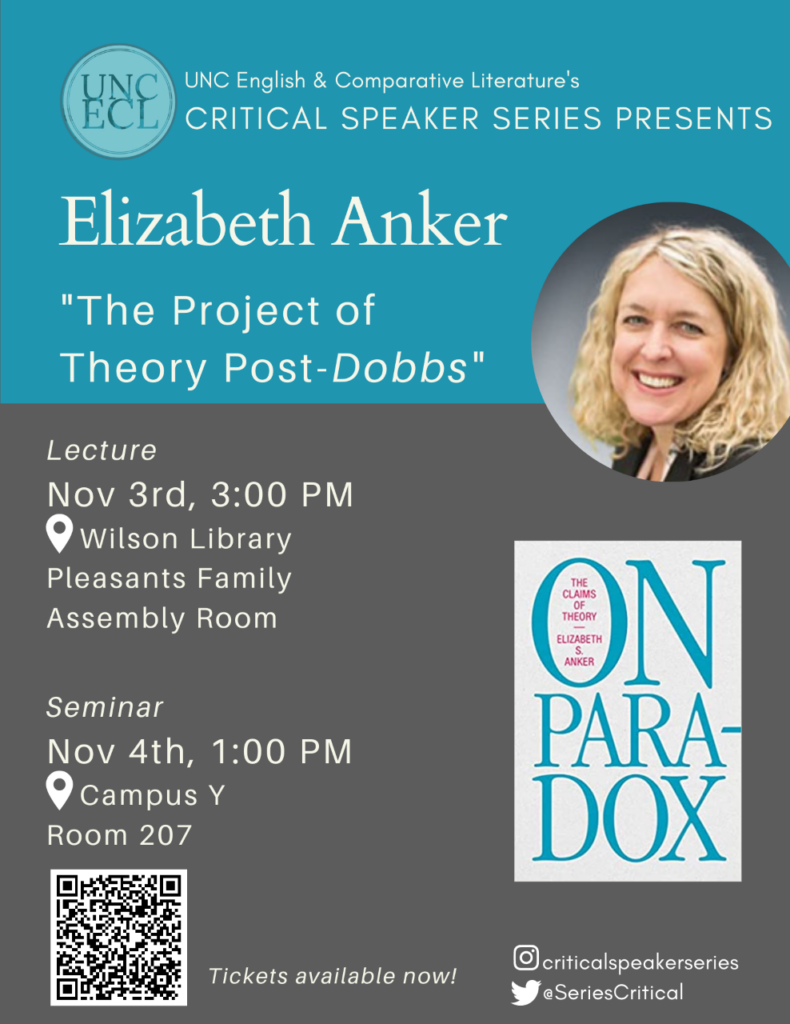 On Thursday, November 3, at 3 PM, Dr. Anker will deliver a lecture entitled “The Project of Theory Post-Dobbs.” This event will take place in Wilson Library’s Pleasants Family Assembly Room and is open to all students, faculty, and staff. You can register for the lecture on Eventbrite.

Dr. Anker is Associate Professor in the Department of English and Associate Member of the Law Faculty at Cornell University. She has published and taught in the areas of law and literature, human rights and humanitarianism, novel studies, literary criticism, postcolonial studies, immigration and citizenship, contemporary world literature, and legal and political theory. In On Paradox, she contends that faith in the logic of paradox has been the cornerstone of left intellectualism since the second half of the twentieth century. She attributes the ubiquity of paradox in the humanities to its appeal as an incisive tool for exposing and dismantling hierarchies. Tracing the ascent of paradox in theories of modernity, in rights discourse, in the history of literary criticism and the linguistic turn, and in the transformation of the liberal arts in higher education, Anker suggests that paradox not only generates the very exclusions it critiques but also creates a disempowering haze of indecision. She shows that reasoning through paradox has become deeply problematic: it engrains a startling homogeneity of thought while undercutting the commitment to social justice that remains a guiding imperative of theory. Rather than calling for a wholesale abandonment of such reasoning, Anker argues for an expanded, diversified theory toolkit that can help theorists escape the seductions and traps of paradox.