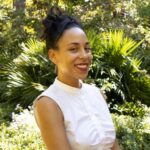 Dailihana Alfonseca is a Puerto Rican and Dominican-Northern American writer in a Southern World. Her Afro-Caribbean and Spanish linguistic origin help serve as the inspiration for both her research and her written works.

Her Research focuses on finding the intersection of the literature of colonial/western assimilation, the psychological scope of depression and anxiety (sometimes registered as insanity) in the narrative illness of the stories, books, and poems of women writers, and finding ways to view the cultural impacts of the assimilative trauma experience through immigrant Latina/o literature so that we may better be prepared to intervene on behalf of those seen as the marginalized “other” in westernized societies.

Read more about Dailihana in The Well.

Ariana Ávila is a doctoral student in medical/sociocultural anthropology interested in how U.S. immigration policies affect access to health care for individuals and families with undocumented or precarious immigration status, particularly among farmworkers from Haiti working and living in the agricultural hubs of Southwest Florida. She is also interested in the collective agency in responding to barriers in health and systems of power. As a part of the Graduate certificate in Literature, Medicine, and Culture, she is interested in strengthening her creative writing skills as a way to share her research. She is from Arcadia, Florida, an agricultural town in Southwest Florida. She earned her B.S. in Biomedical Sciences from the University of South Florida and her MPH from Tulane University School of Public Health and Tropical Medicine. Prior to beginning her doctoral program, she was a Global Health Fellow with the Centers for Disease Control and Prevention in Port-Au-Prince, Haiti. 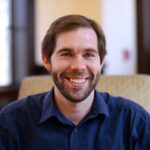 Paul Blom is pursuing his PhD in English at UNC-Chapel Hill. Originally from LaGrange, GA, he received his BA in English from Birmingham-Southern College and his MA in English Literature from DePaul University. Paul’s research focuses on twentieth-century American literature and its intersections with health humanities and literary trauma studies, primarily the ethical and political implications of representations of psychological trauma in literature and other media. His research has also involved extensive work with underserved populations regarding trauma, illness, embodiment, and representation. He currently serves as the co-director for UNC’s Literature, Medicine, and Culture Colloquium. 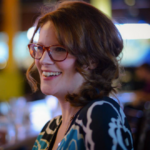 Mindy Buchanan-King is pursuing her Ph.D. in English Literature at UNC Chapel Hill. Mindy is originally from Virginia and received her B.A. from Emory & Henry College and her M.A. from the College of Charleston. Her master’s thesis focused on Edith Wharton’s use of Romanticism in conceptualizing the artistic self in Hudson River Bracketed. Her graduate research is currently focused on women authors of late 19th-/early 20th-century American fiction and the function of science and medicine in such works. She’s also interested in representations and interpretations of the body in wartime medical photography.

Laura Crook is particularly interested in research pertaining to pregnancy and childbirth. During her senior year, she completed an honors thesis studying false pregnancy in early modern England. As a graduate student, she is expanding her pregnancy research into the contemporary setting, aiming to understand how birthing people speak about their labor and parenting experiences in the COVID-19 era.

Read more about Laura and her experiences in the BA/MA program in this Student Spotlight. 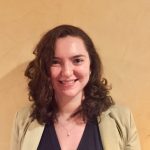 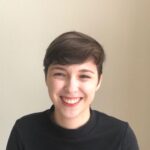 Mariana Nájera-Millary is pursuing her PhD in Religious Studies at UNC Chapel Hill. Though born and raised in northeastern Mexico, Mariana received her BA in Religion and Anthropology from Rice University in Houston, TX. Her research focuses on the intersections of religion and medicine in sixteenth- and seventeenth-century colonial Mexico (then New Spain) and seeks to address methodological gaps in the search for subaltern narratives within inquisitorial documents. More specifically, Mariana examines the inquisitorial prosecution narratives in search of syncretic care practiced by lower class women of color and pastoral care enacted at a larger scale by the Holy Office of the Inquisition to demonstrate the latter had its own healing agenda.

Elisabeth McClanahan Harris is pursuing a Ph.D. in English at UNC Chapel Hill, with a focus on 19th century American literature and medicine. She received her B.A. in Humanities from Columbia International University, and her M.A. in English from George Washington University. Her graduate research studies how changing theories of mental illness and its treatment were encoded in congregate care institutions over the course of the 19th century. She draws on a varied archive of patient memoirs, journalistic exposes, and fictional depictions of congregate care, to investigate entanglements of race, gender, and disability in questions of mental healthcare. 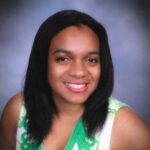 Carmen Phar is a first-year graduate student getting an M.A. in English & Comparative Literature with a concentration in Literature, Medicine, and Culture at the University of North Carolina at Chapel Hill. She has interests in American literature, health humanities, and fusions of the two subjects. Her graduate studies and general interest in health humanities brought her to HHIVE. In her spare time, Carmen writes fantasy and dystopian stories. She hopes to finish a dystopian novel by the end of this academic year and publish it soon thereafter.

Irmak Saklayici is pursuing her MA in Medicine, Literature, and Culture. Though born in Istanbul, Turkey, she moved around growing up and is terrified of the question “Where are you from?”. She received her BS in Biology (and minors in Chemistry and Spanish for the Health Professions) from UNC Chapel Hill in 2019. After reflecting on some of her favorite courses from undergraduate (“Health and Society” and “Medical Anthropology”), spending time as a medical scribe listening to patient stories, and hearing so many immigrant stories of frustrating medical encounters from family and friends, she decided to pivot from STEM and strengthen her humanities muscle to better understand and study illness narratives. Currently she is interested in the field of graphic medicine, and more specifically, the depiction of mental illness in comic memoirs.

Kaleigh Sullivan is a Master’s student and Graduate Research Assistant at the University of North Carolina- Chapel Hill. She completed a bachelor’s degree at Brenau University (Gainesville, Ga) in 2021, where she majored in English, minored in biology, and pitched for the university softball team. Following graduation, Kaleigh spent one year teaching the Fundamentals of English as an adjunct instructor at Lanier Technical College (Gainesville, Ga). Now, at UNC-CH, she continues to explore subjects of the Health Humanities and psychopathology through the Literature, Medicine, and Culture (LMC) Program and her assistantship in the HHIVE Lab. 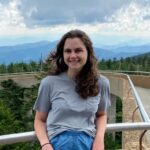 Caroline Taheri is pursuing a certificate in Literature, Medicine, and Culture with an MPH in Health Behavior from UNC Gillings School of Global Public Health. In 2019, Caroline received a psychology B.S. with a medical anthropology minor from UNC. During her time at UNC, she took a course in English and Anthropology focusing on medical narratives which encouraged her to examine the intersection of English and medicine more closely. Her past research has surrounded mental health in veteran populations, intimate partner violence, and traumatic events. Caroline hopes to bring the knowledge gained through this certificate to future research endeavors.